Last month, farmers and activists of the GM Free India coalition had met the state Agriculture Minister Paramvir Singh to show their resentment that public sector universities had become the experimental grounds for Monsanto's risky technology.

They had requested a ban on GM field trials in the state. “A month has passed since we met the Agriculture Minister but the government has failed to act on our behalf. The onus is now on us,” said Gurnam Singh, Haryana state president of the BKU.

Hundreds of farmers carrying banners reading “Monsanto GM corn Quit India”protested outside and gave an ultimatum to the research station of the Choudhary Charan Singh Haryana Agricultural University (CCHAU) when the university officials promised that they would completely destroy the field trial.

They then forced the University authorities to comply with their promise and burn the complete field trial. 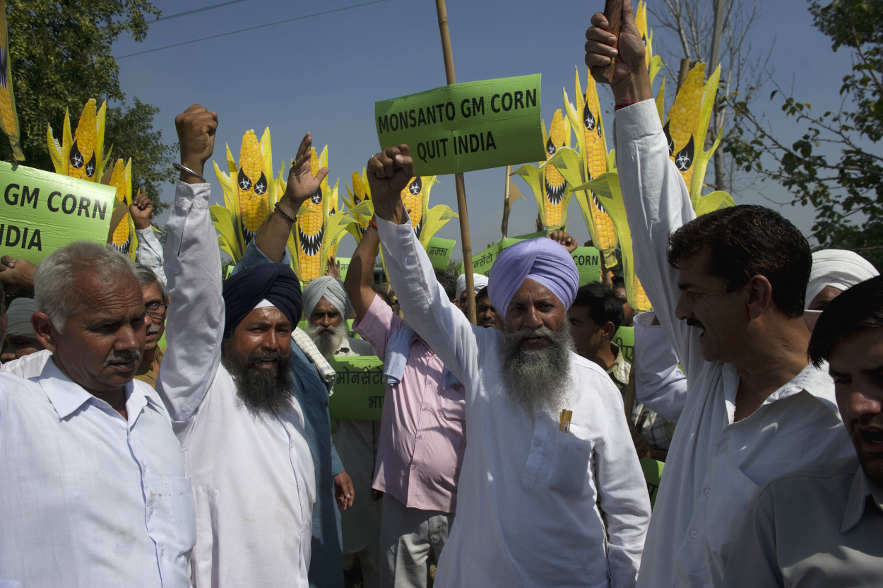 The farmers’ protest follows a recent recommendation by India's Supreme court to put a 10-year moratorium on all field trials of GM crops in India owing to the risks involved. Public opposition to GMOs has been building in the country owing to growing scientific evidence on the negative impact of GM crops on human health and environment.

There are also concerns about the manner in which seed companies are taking control of the seed sector by using their patented GM seeds.

This has been the case with the only commercially cultivated GM crop in India - Bt Cotton. Monsanto now controls more than 90% of the cotton cultivated area of India and has wiped out local cotton varieties leaving framers with no alternative choice.